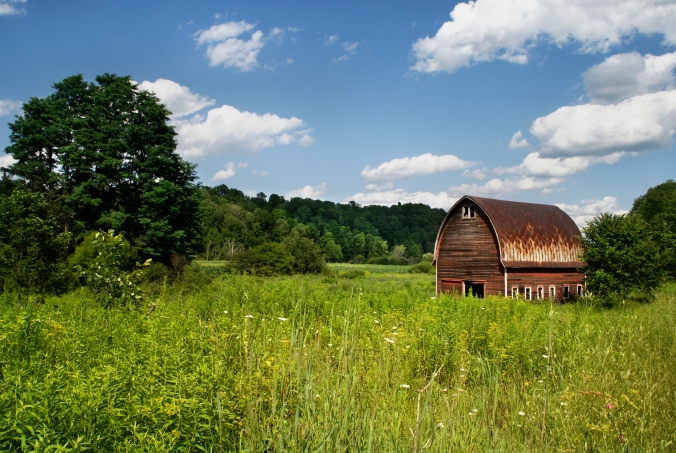 ‘Dammit, K, you are not going back out there!’ He brought the rifle up to his shoulder, leaving me staring down the barrel. For a .306, it was looking wider than the proverbial tunnel. No lights at the end of this one though.

‘Flick, one of us has to. We both know it. Why the hell am I the only one admitting it?’ I reached towards the barrel, to push it out of the way, but he just brought it up tighter. First time he’s ever held a weapon without the damn thing shaking and it’s pointing at me.

Sally coughed from the back of the shack, where she was lying on a filthy mattress on the equally filthy floor. We’d been here for three days now and every one of them she’d got worse. It started with her breathing, which was getting laboured. Then, on the second day, her tears ran red.

‘Sally’s dying, Flick. There’s medicine, or doctors or something out there. And one of us needs to go. You’re not going, you need to hold the fort. I’m more experienced, I’m older and so I’m less likely to die. That’s that.’ He was shaking now, his wide blue eyes flashing in the lantern light. ‘Besides, the previous tenants left it in a bit of a shit state. I was going to tell the landlord.’

He smiled at that one, but the rifle still wasn’t moving. ‘K. That’s the whole reason I should go. You’re more likely to live!’

Sally coughed again and moaned in her tortured sleep. ‘Flick! Keep your voice down. Sally needs to rest.’

‘No, K, she needs medicine.’ He lowered the rifle. ‘You’re not going out there, right? At least… Not until it’s light.’

I hadn’t even realised that night had fallen. It came so quickly now that the Winter had arrived.

The Creats were active tonight too. ‘Look, K, let’s get some rest. All of us. I’ll check on Sally in a couple of hours. Go on. You can even have the bed.’

I was dubious, but thought I’d give him the benefit of the doubt. I waited until he was bedded down on an army style cot that we’d found a few weeks back, waited for that telltale rasp in his breathing, then reached for the door handle. A Creat moaned outside and I brought my hand back as if I had been stung. If the Creats were out in force, even I couldn’t go out there. I pulled up a chair, settled myself in for the night.

Sally’s coughing woke me up. That and the fact that Flick…

He’d gone from his empty military camp cot. ‘Bastard! I looked down at Sally. Our only options, as I’d said, were me and him.

He’d taken the choice away.

3 thoughts on “Day 160: Tell the story of a time you lost an argument”